Questions?
For any questions regarding the event, please reach out to the Friends of the State Library SA:
Email: slsafriends@sa.gov.au
State Library Supports 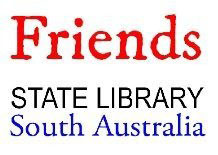 Join us for this month's Books in My Life, a monthly talk given by various influential/intellectuals' given by Friends of the State Library.

Dr Stephen Carthew is the founder of The Wilkins Foundation. This talk will focus on the literature connected to his past interests and enthusiasms ... and ultimately will reveal some remarkable connections to his current research about the mysterious and enigmatic Australian explorer Sir George Hubert Wilkins (1888-1958) who was a Sensitive New Age Guy (SNAG) long before the term became fashionable. 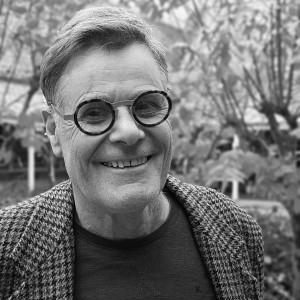 Dr Stephen Carthew was born in Melbourne in 1947. From 1951 to 1955 he was with his family in London where he witnessed the Coronation, the first television commercial and early episodes of Bill and Ben the Flowerpot Men.

A fortuitous meeting with a member of the South Australian Museum led Stephen to engaging with the story of Australian explorer Sir Hubert Wilkins. Stephen had been reading, even preaching, from the same book which Wilkins had studied for the last 17 years of his life. This connection with the Wilkins story was so strong that Stephen initiated a group interested in Wilkins; this led to his founding The Wilkins Foundation, and becoming a historian focused on the inner life of this fascinating and enigmatic Australian, who Stephen describes as ‘the most interesting Australian ever.’

Stephen will bring some books with him that align with his biography: ‘Certain books accompanied, and even led me to, this stage in my life’. These are indeed ‘the books of my life’.

COVID-19 REGULATIONS
To keep our staff and customers safe we continue to follow the physical distancing, and increased hygiene practises outlined by the State Government.

A Tuesday Talk - Books in my life by Stephen Carthew