Professor Rod Tucker is a retired electronic engineer with a lifelong interest in the exploration and mapping of the Australian coast and inland Australia. He is an Emeritus Professor in optical fibre communications and internet technologies at the University of Melbourne. Rod served as an advisor to the Federal Government on the establishment of the National Broadband Network. Rod’s research into Babbage’s expeditions was stimulated by a family connection to a member of Babbage’s team and by a fascination with the enigmatic relationships between Babbage, the press, and the government of the time.

Presented by the Royal Geographical Society of South Australia.

Take a journey into the past as Professor Rod Tucker looks at how Benjamin Herschel Babbage’s explorations in the late 1850s provided a crucial step towards the opening of northern South Australia to European settlement. Babbage recognised that there was a gap in the mythical horseshoe-shaped Lake Torrens that Edward John Eyre imagined sixteen years earlier. Babbage opened the way for John McDouall Stuart’s crossing of the continent. But at the time, his contributions were subject to much controversy, and the South Australian Government summarily dismissed him as expedition leader.

This talk will give an overview of Babbage’s explorations in the Flinders Ranges and the Lake Torrens - Lake Eyre region and recount the political machinations in Adelaide that led to his removal from the expedition. The talk will be illustrated with original and modern maps and with many sketches by Babbage and his botanist, David Herrgott.

Free for members, $10 for non-members. 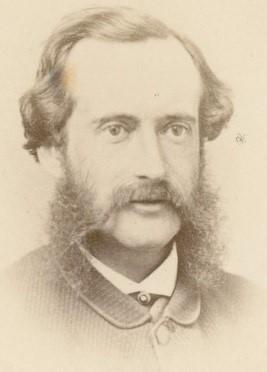