The State Library will be closed on Monday 14 June for the Queen's Birthday public holiday.

Family History is back at the State Library! The present Robert spent the first 46 years of his life in London, where he was involved in the art and craft of photo-image manipulation. At the onset of the digital revolution Robert stuck a metaphorical pin in an equally metaphorical map of the English-speaking world and considers himself lucky that it pointed him toward a new life in Adelaide.

Robert’s PhD examined the psycho-social aspects of collecting behaviour, and since its completion he has worked in a number of lecturing roles at the University of South Australia’s Magill campus. 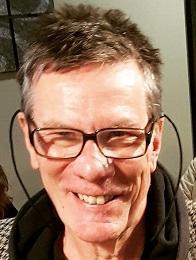 COVID-19 REGULATIONS
To keep our staff and customers safe we will continue to follow the physical distancing, building capacity limits and increased hygiene practises outlined by the State Government in their roadmap to recovery. When entering the library please make sure you sanitise your hands at the sanitiser stations provided. Bookings are essential.

A Friends of the State Library of South Australia event.

At the State Library we use Eventbrite for our event and program registrations. When you register for an event or program, you will be asked to provide your name and email address. Eventbrite will then prompt you to create a password so that you can manage your bookings. For information about what happens to your contact details please view our privacy statement.

How do I book into an event, tour or program?

Choose the number of tickets you need then follow the prompts by filling in your details. We use Eventbrite at the State Library for our event and education programs.

I can’t attend the event, how do I cancel my registration?

You will need to cancel your registration via Eventbrite by logging in to your account.

View Eventbrite's guides for how to cancel your free registration or request a refund.

Yes, the State Library Cafe by St Raphaels located on the ground floor in the glass foyer.