These days talk of climate change and reducing greenhouse emissions is commonplace, but did you know that over twenty years ago Australia was busily developing its own green car?

During the late 1990s, Holden and the CSIRO joined forces to develop the ECOmmodore, a hybrid-electric powered concept vehicle that, at the time, used half the fuel of a full-sized family car.

Pre-dating both the Honda Insight and Toyota Prius hybrids, the ECOmmodore was the first venture into hybrid technology by an Australian car manufacturer and represented the world's first application of hybrid technology to a full-sized car.

Colour photographs of the event held by Holden to officially unveil their hybrid-electric concept car, the ECOmmodore, in the Superdome, Homebush, Sydney. SLSA: BRG 213/199/8/2/80 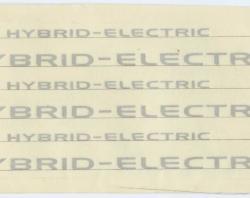 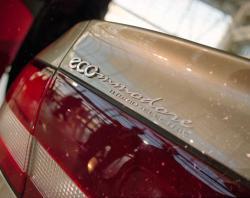 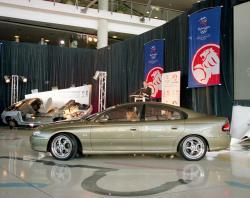 The vehicle combined the ‘fastback’ of the then latest model Holden VT Commodore with the longer wheelbase of the VT Commodore station wagon models. Under the bonnet, a General Motors Family II, 95kW, 2.0-litre, four-cylinder, petrol engine from the Vectra was combined with a CSIRO developed 50kW electric motor, which was charged by lead acid batteries backed up by supercapacitors. All this with the intention of dramatically reducing hydrocarbon and greenhouse emissions.

The engine and motor worked either simultaneously or independently, depending on the driving conditions. The electric motor doubled as a generator when the conventional engine was driving the car, charging the battery and supercapacitor storage for later use. However, the car was powered by electricity alone most of the time, only relying on the conventional engine when the energy supply needed topping up.

The car also used regenerative braking, which uses the motor as a generator to convert the kinetic energy lost when braking into stored energy for the vehicle’s battery. When the car accelerates, it can then use this stored energy instead of tapping into its own energy reserves. 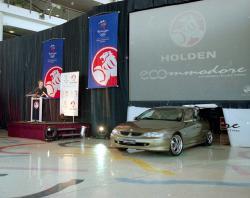 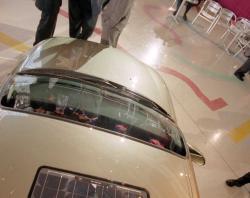 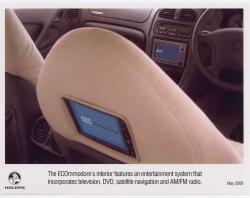 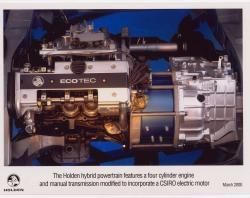 The vehicle was publicly launched on Wednesday 24 May 2000 at the Superdome, Homebush, Sydney and on 8 June 2000, proudly displaying the registration plate 'ECO1', it made its on-road debut at Uluru for the start of the Olympic Torch Relay. Holden was a Team Millennium Partner for the Sydney 2000 Olympic Games so ECO1 accompanied the Relay on Day 1 as the official guest relations vehicle, carrying a VIP guest.

It also appeared at the Melbourne Motor Show in 2000 and, along with the aXcessAustralia LEV, won the CSIRO's highest award, the Chairman's Medal for the year 2000. After being showcased around the world, the Holden ECOmmodore became the centrepiece of Sydney's Powerhouse Museum's environmental display between 2001 and 2009.

This all-Australian project brought together many innovations from the local components industry and was a showcase of our innovation and ingenuity. Sadly, Holden’s hybrid powertrain project ended with the ECOmmodore. The vehicle remained a concept car and can now be seen as part of the collection at the National Motor Museum in Birdwood, SA.

More stories relating to the ECOmmodore project are held within the extensive Holden Collection at the State Library of South Australia.

Stay tuned for more stories from the Archives!