'Penny dreadfuls' was the name given to a range of mass-produced, sensational fiction published in the 19th and early 20th centuries. Though not strictly written for children, by the lurid nature of their contents they had a wide appeal.

Many of the titles were serialised over many weeks before the story was completed. The subjects ranged from adaptations of gothic novels and the works of Charles Dickens to stories of pirates, highwaymen, lost heirs, and ghouls. The stories were always long on adventure and action, short on description and character building!

It was in direct opposition to this type of publication that Boy's Own Paper and Boys of England were published from the late 1860s.

BLUE CAP THE BUSHRANGER OR THE AUSTRALIAN DICK TURPIN

To provide a more wholesome reading for boys the penny dreadful Blue cap the Bushranger or The Australian Dick Turpin was published which sees the hero Ted Hogan obtain his rightful reward at the end. The villain Blue Cap was an escaped convict who meets his untimely end and his body is mummified in the Australian sun. A ghoulish touch for the predominantly English readers.

Blue Cap the Bushranger belongs to the Hogarth House Library, which includes the popular and more homely Jack Harkaway stories, and as such were more wholesome than the more lurid fare of rival publishers. 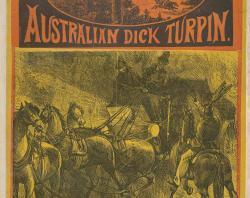 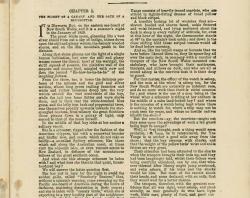 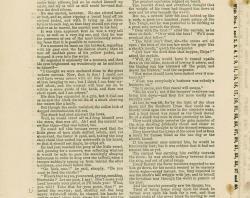