The British Hotel on North Parade holds the oldest 'most continuous' licence in Port Adelaide. Established in 1847, with James Wakeling as the first publican, it was originally a single storey structure before it was rebuilt with as a two storey building in 1876. While it did close for a time in the early 2000s, it reopened in 2009 and continues to trade very successfully.

The British Hotel, c1850. On the corner of North Parade and Nelson Street, Port Adelaide. Samuel Calvert, artist. SLSA: B 510

As befitting a pub with such a long history, there are many stories that could be told. This is just one. Looking across North Parade from Birkenhead, c1890. The British Hotel is at the centre of the photograph. Note how different that section of Port Adelaide looks without the Birkenhead Bridge. SLSA: B 4414

An unsuspecting countryman was victimised at Port Adelaide on Tuesday week. He had come from the north and intended to go to Melbourne by Messrs. Howard Smith's' steamer Barrabool, but was accosted on the wharf by a stranger, who, after some conversation, said he intended to go to Sydney by the same steamer, and invited his victim to have a drink.

The two companions adjourned to the British Hotel and had drinks together, but what happened afterwards the country man was unable to say. He called at the police-station in the evening in a muddled condition, evidently suffering severely from the effects of drink, and complained that he had been robbed of between £20 and £30.

He was unable to account for the loss beyond saying he had had drinks at the British Hotel. He lost his passage by the Barrabool, and is unable to give a description of his companion which might lead to his arrest. 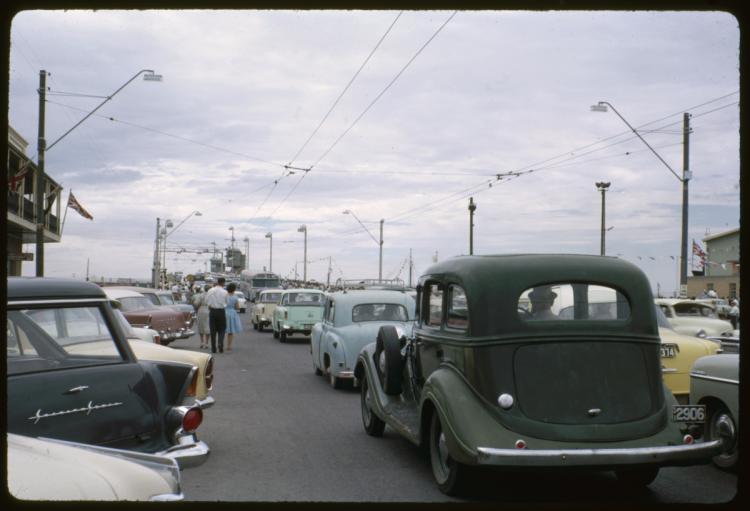 The eastern side of the British Hotel can be seen on the left of the photograph that was taken during the 1963 Royal Visit. Trolley bus lines that went over the opening Birkenhead Bridge can be seen. Photographer, Michael Lockley. SLSA: B 70890/19