Public debate around the celebration of Australia Day on 26 January has continued to grow in recent times. Originally, the date of 26 January was chosen for commemoration of establishment of the colony of New South Wales, as it marked the day the British flag was raised in Sydney Cove after the First Fleet’s landing in 1788.

It was only 1838, on the 50th anniversary of that arrival, that New South Wales declared Australia’s first public holiday, known as ‘Anniversary Day’. By 1888, the centenary of the landing, the rest of the colonies had joined with New South Wales to celebrate the holiday – all except South Australia.

In 1910, South Australia adopted 26 January as ‘Foundation Day’ replacing ‘Accession Day’ which had been held on 22 January to mark the accession to the throne of King Edward VII. On that day in 1910 a public gathering was held at the Exhibition Building, to which everyone was cordially invited. 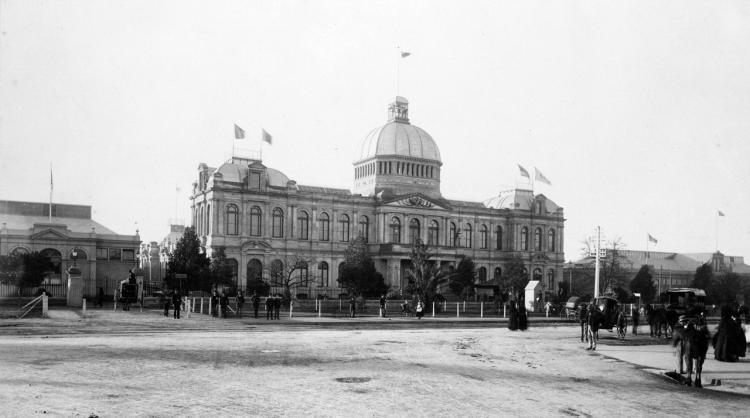 ‘Australia Day’ was adopted nationally in 1915 with the date chosen as 30 July. Early Australia Day celebrations in South Australia coincided with the First World War, and combined the elements of earnest patriotism with fundraising. Events held for fundraising were so successful that Australia Day was repeated in the subsequent years of the War: 28 July 1916, 27 July 1917, and 26 July 1918.

By 1935, all Australian states were celebrating 26 January as Australia Day – except New South Wales who still referred to it as Anniversary Day. Three years later, on the 150th anniversary of the landing at Sydney Cove, an Aboriginal Day of Mourning was held in Sydney.

It was not until 1994 that Australia Day became a national public holiday for all states and territories. 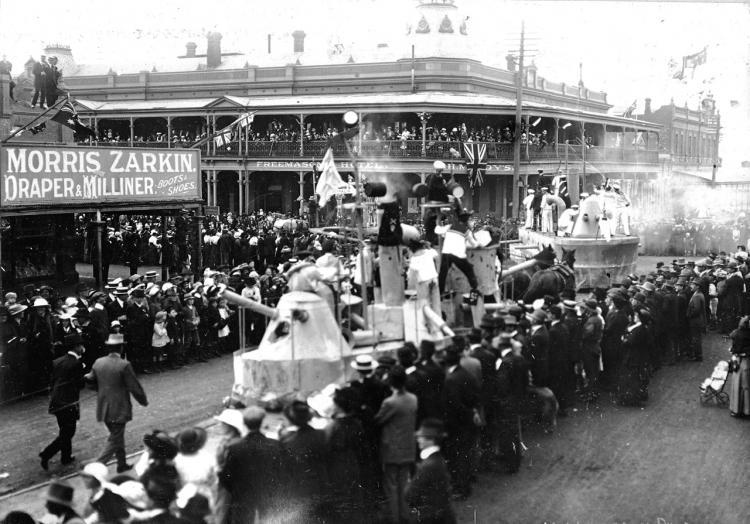 Australia Day was originally celebrated in Adelaide and country South Australia with parades. Bands marched along main roads along with horse-drawn floats.

Tableaux were also popular, with participants dressed in costume to represent historical characters and events. Soldiers, musicians, members of civic organisations, schoolchildren and other members of the community took part in these parades with banners and flags often carried. In different places, the date of such parades varied due to of agricultural requirements or sometimes the timing was aligned with the visit of a touring theatrical company to allow their participation.

These Australia Day participants were photographed at Port Victoria circa 1918. SLSA: B 55175 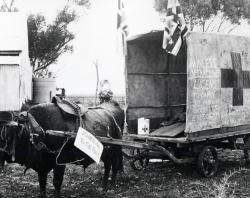 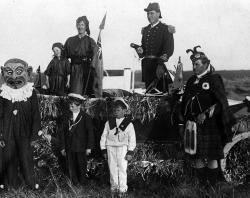 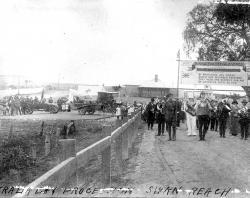