The capture of South Australia’s wildflowers and plants in paintings and sketches began early in the colony’s history. Flower painting was considered an acceptable genteel pastime for women and girls. It kept ladies occupied and close to home. Some however developed an interest in local flora which led them beyond their cultivated gardens. They followed their passion for native plants across bushland, mountains and desert. Along the way they became highly skilled flower painters and several developed into brilliant botanical artists.

There are considerable differences between botanic illustration, art and flower painting but mostly it’s about intent. The central aim of the first two is to contribute to the scientific record. Botanic illustration is more often in black and white and depicts life cycles of plants, seeds, fruit, leaves, root system. Botanic art has a similar aim, to record scientific detail. However it tends to be in colour and more aesthetically rendered, though still highly accurate. Flower painting is much more about what pleases the artist. Flower painters may also be botanical artists and illustrators and vice versa.

One of the colony’s first botanical artists was Fanny Elizabeth de Mole. In 1857 at the age of 22, and in part due to ill health, Fanny migrated from England to join two of her brothers. Within four years she had written and illustrated Wild flowers of South Australia, the first book on South Australia’s flora. It contained containing twenty high quality hand-coloured plates. In 1861 only a hundred copies of the original were produced. Five years after the publication of Wildflowers Fanny died of tuberculosis at Willunga.

Within the first fifty years of colonisation some noteworthy female flower painters emerged. These included English flower painter Eliza Stockholm Strawbridge who produced a well-received watercolour collection of Kangaroo Island wildflowers. The widely- travelled Sarah Kay, another water-colourist, painted flora around McLaren Vale and was a regular exhibitor at the Society of Arts. Annie Laughton and Margaret Scott were also painting the colony’s flowers. According to later South Australian artist Shirley Cameron Wilson, Annie Laughton preferred to paint smaller wildflowers together with sprays of native grasses. The Art Gallery of South Australia holds several of her works in both watercolour and oil. Margaret Scott travelled by horse and cart around the Montacute area, returning many times to portray the same fragile plants rather than picking them. She was better-known overseas than at home. Several of her pieces were purchased by the Victoria and Albert Museum after a 1900 Women’s Exhibition in London. The Botanic Gardens of South Australia library holds an album of her watercolours.

One of South Australia’s best-known botanical illustrators emerged just a little later. Rosa Catherine Fiveash was born in Adelaide in 1854 and studied at the Adelaide Art School of Design. She chose to specialise in painting Australian flora which remained her lasting passion. Rosa also introduced the art of china painting to Adelaide and was a highly respected art teacher. One of her students was Alison Ashby, a great botanical artist who painted 1,500 species of wildflowers. Rosa was renowned for her precision and patience, sometimes waiting weeks for a single orchid to open before capturing its image. In 1900 the governor, Lord Tennyson and Robert Barr Smith purchased one of her botanic portfolios as a gift to the colony. You can view the State Library's collection of Rosa Fiveash online. 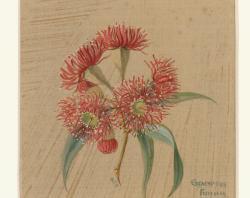 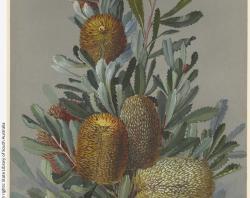 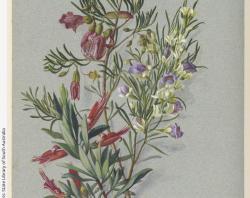 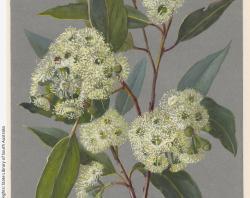 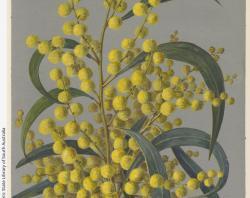 In 1882 Rosa Fiveash was chosen to illustrate the multi-volume Forest Flora of Australia by the conservator of forests, John Ednie Brown and became sought after as a scientific illustrator in zoology and ethnology as well as botany. She was employed by Dr Edward C Stirling, EW Waite and the SA Museum. She worked for thirty years with Dr RS Rogers to illustrate his works on South Australian orchids. Along with the State Library of South Australia, the SA Museum, Botanic Gardens of SA and the State Herbarium hold collections of her original works.

The Wilson family produced many painters and illustrators including their descendant, Shirley Cameron Wilson whose extensive archival records and her book on Australian women painters are held by the State Library.The Botanic Garden holds Matilda Wilson’s work as she was employed by them to make botanical drawings. Matilda Wilson’s daughter, Emily Annie Lanyard Wilson (1865 – 1953), was also a talented artist, painting mainly wildflowers. She had lessons with Rosa Fiveash in china painting and also painted on silk. A set of silk dinner mats featuring Australian flowers was commissioned by the governor’s wife, Lady Audrey Tennyson. The State Library holds around 60 images of Emily AL Wilson's floral paintings viewable online. 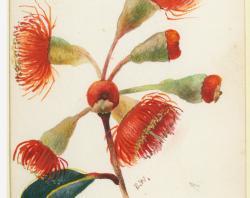 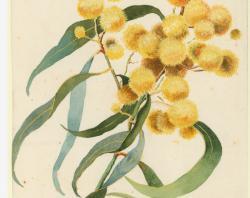 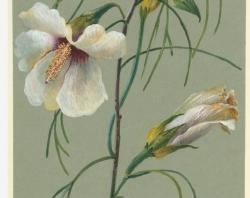 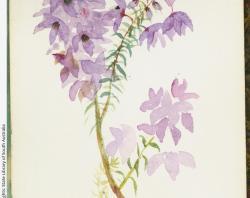 One of Australia’s best-known flower painters also has a South Australian connection. Born in 1848 in Victoria, Ellis Rowan had no formal art training but a lot of natural talent. Eventually she became famous as a ‘flower hunter’. Her passion for wildflowers led her to become a naturalist and explorer, trekking across numerous countries in search of plants, insects and birds. After a sojourn in Western Australia, she came to Adelaide between 1906 and 1908. Soon after her arrival, she travelled to Broken Hill in search of Charles Sturt’s desert pea. She found it, painted non-stop and a few weeks later returned to Adelaide where she exhibited 150 works at the Arts Society rooms in the Institute Building on North Terrace. The exhibition received rave reviews. The South Australian Government paid a thousand pounds (roughly $94,000 dollars today) for a hundred of her works. Sir John Downer, former premier, bought another twenty which were later gifted to the State Government. Her work was famous in NZ, the UK and USA where she had exhibited and won numerous awards. One angry writer raged in The Chronicle that the government had no right to spend so much on an international artist when an Australian should have been employed to do the job. Ellis is believed to have laughed all the way to the bank.