It is often said that to make it in the music industry, wanna-be stars need to make it in London or New York – if they can make it there, they’ll make it anywhere. However, it’s not just talent and hard work that’s needed, it also requires money, media, and connections. These days that means crowd-funding, social media and influencers, but was it any different in the early twentieth century?

Discovered bawling her heart out

Clara Serena Kleinschmidt born in Lobethal in 1890, with a warm and mellow contralto voice, was one such hopeful. At the age of 14 she was discovered by David Waite, son of wealthy pastoralist Peter Waite. David and a group mates were on a weekend motoring jaunt to the Onkaparinga Racing Club in Oakbank, when they overheard Clara singing - or ‘bawling her heart out’ as she recounts in a newspaper article.

Seeing her potential, the Waite family championed her early career. Using ‘crowd funding’, they set-up the Serena Trust to finance her studies in London and on the Continent. Eastern-states papers published articles condemning the idea of ‘syndicating a voice’ but this didn’t discourage Clara or the Waites – haters gonna hate! In 1908 she won a scholarship to the Royal College of Music and left the following year for London, with Elizabeth Waite travelling as her friend and chaperone. Completing her studies in 1913 she took on the stage name Clara Serena.

Clara Serena in character for the Opera Samson and Delilah. Image from the Adelaide Festival Centre Performing Arts Collection.

Side portrait of Clara Serena in character for the Opera Samson and Delilah. Image from the Adelaide Festival Centre Performing Arts Collection. 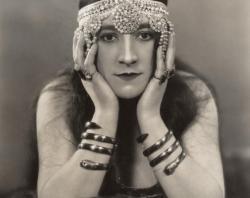 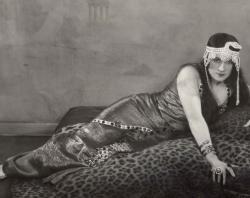 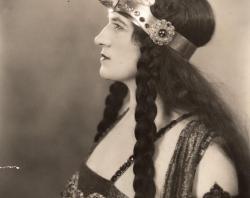 Back home and supporting the war effort

With the start of World War I, Elizabeth and Madam Clara Serena returned to the safety of Adelaide. During this period Clara supported the war effort, singing in concerts for the British (Australian) Red Cross Society raising funds for trench comforts. She met her husband to be, Roy Mellish, who became her life-long accompanist, promoter, and publicist. They married in 1917, infuriating Peter Waite, who cut off all contact with her demanding the whole Waite family follow suit.

Influencers, lead roles, and the King and Queen

After the war, Clara and Roy returned to London to continue her career, immediately connecting with Ada Crossley, retired Australian Opera Singer and well-known ‘influencer’ in society and opera circles. Being a contralto and married to Adelaide born Dr. Francis Meuke she befriended Clara, holding soirees in her Cavendish Square home to promote her talents. It was not long before she made her London operatic debut and this lead onto performances at Covent Gardens in Richard Wagner’s Das Rheingold and Gotterdammerung. She sung the lead roles in Camille Saint-Saëns Samson and Delilah and Rutland Boughton’s Alkestis. Touring Europe, she performed solo concerts accompanied by Roy in Vienna, Berlin and Paris. In 1928 she took the principal role in Handel’s oratorio Solomon conducted by Sir Thomas Beecham in the presence of Their Majesties the King and Queen who received the principals and conductor during intermission.

Image of a test record of 'The Londondarry Stills' featuring Clara Serena. 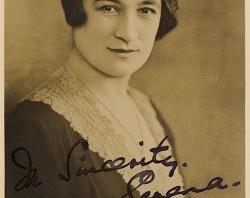 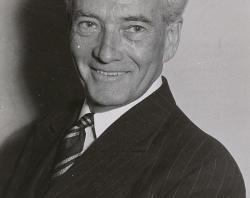 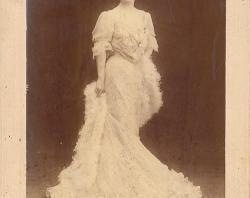 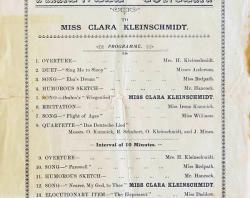 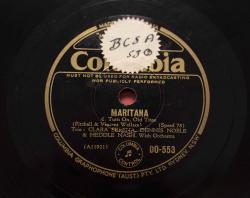 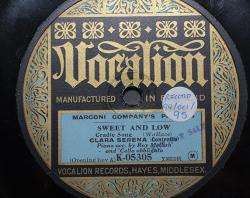 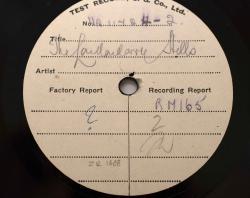 As her success grew, Roy continued to manage her ‘social media’ regularly sending letters back home to the Australia music press and gossip columnists who eagerly lapped up the news. They recounted stories of her success and hob-knobbing with society and royalty, with a touch of the cultural cringe, in enthusiastic articles titled, Australians Abroad, Praise for Australians, Letter from London, and Things Musical in London”.

In 1926 Clara Serena began her recording career with Vocalion records, releasing solo songs accompanied by Roy at the piano. She then moved to Columbia Records in the early 1930’s, releasing big production recordings with full operatic companies and orchestral backings. Clara had succeeded in becoming an opera star on the London stage and recording industry, but tragedy once again struck as war broke out in Europe, bringing an end to her career. Returning to her SA roots in 1951 she quietly lived out her life in Adelaide, singing the occasional charity concert in Lobethal, passing away in 1972. 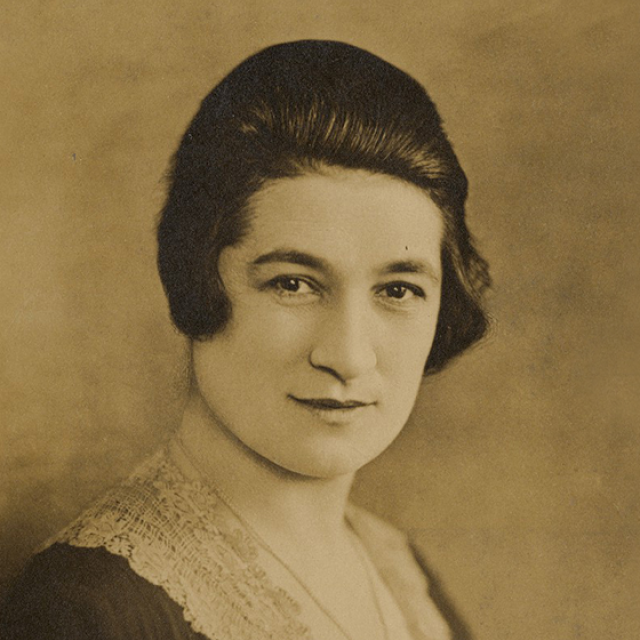 Explore the State Library's collection which includes published shellac 78 records from Clara Serena’s personal collection of her releases on Vocalion and Columbia records, unreleased test-recordings, an oral history recounting her announcing the World War I armistice at an Adelaide Town Hall concert, theatre programs, a letter detailing her career, and several related photographs. Clara in the media

Search through thousands of newspaper and magazine articles via Trove to dive deeper into her fascinating story.