Sleuthing at the State Library using newspaper clippings, three books, inscriptions, newspaper archives, and censuses, pieces together the intriguing story of a run-away in 1877.

It is not unusual for some of the books in the State Library’s collections, especially those in the South Australian collections, to contain newspaper clippings, or notes, placed in them by former owners. Newspaper clippings generally relate to the subject matter of the book or its author.  One of the more intriguing examples found in the collection relates to the (temporary) disappearance of a young Adelaide lady in 1877 and the book titled Footprints: a memoir of the late Alexander Hay.

The book is small, bound in cream and blue buckram with gold-edged pages. It is a biography of a little-known 19th century politician and businessman Alexander Hay and was written after his death by his widow and second wife Agnes Grant Hay.

Mrs Hay was living in London at the time of writing the book, where she enlisted the publishing firm of Elliot Stock in Paternoster Row to produce the neat little volume – probably at her own expense. She sent inscribed copies of the memoir to many family members and friends in South Australia and the UK. The State Library holds three copies in its collection, one containing an inscription to her late husband’s sister, Susan Davidson of Georgetown, and another given to her son, the novelist William Hay, with a lengthy inscription thanking him for his support and advice in the writing of the book. 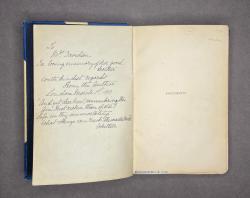 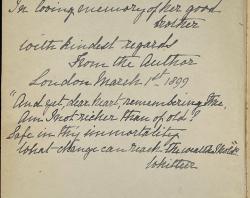 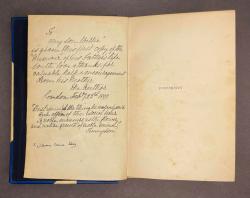 The provenance of the third copy of the book is unknown. But inside the front cover are two newspaper clippings from January 1877 glued to a piece of card which was apparently snipped from a larger page of a scrapbook. 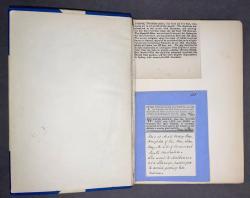 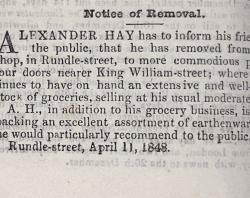 The two clippings both contain the same notice:

THE YOUNG LADY who LEFT her HOME on Tuesday, the 23rd January, is earnestly requested to write at once to her friends as her absence is causing great anxiety.

A search of Trove shows that the notice appeared over several days on the front page of the city’s morning and evening newspapers. It must surely have set tongues wagging – certainly enough for one person to clip out two copies of the notice, place them in a scrapbook and write in pen underneath them,

“This is Miss Mary Hay, daughter of the Hon. Alex. Hay, M.L.C. of Beaumont South Australia. She went to Melbourne as a steerage passenger to avoid giving her name.”

Who was Mary Hay?

Born in 1852, Mary Hay was one of four children of Alexander Hay who were left motherless on the death of his first wife in 1870. Two years later Alexander Hay was re-married, to Agnes Gosse, the eldest daughter of a fashionable Adelaide doctor. In the next few years three of the children from Alexander’s first marriage married and left home as the second Mrs Hay bore another four children to her husband in quick succession. Only Mary, now in her 20s, was left at home with her stepmother and little half-siblings.

The Hay family lived in a two-storey mansion, named ‘Linden’, on an estate off the Greenhill Road, just out of Adelaide– the adjoining suburb of Linden Park was named after the Hay property. Alexander Hay owned land and businesses all over the city, Port Adelaide, and on the coast at Victor Harbour. From an office in the city, he ran quite a thriving estate in between sittings of parliament.

When did Mary run away?

In January 1877 a bushfire was burning in the hills above Adelaide and no doubt keeping the Hay family, their servants, and gardeners, all on the alert at ‘Linden’. Down in the city the current governor, Sir Anthony Musgrave, was being officially farewelled from South Australia – so there was plenty to distract Alexander Hay the day that Mary slipped out of the house and away to the port. In fact, in clear weather the port and the Port River were clearly visible from ‘Linden’. 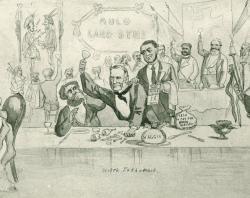 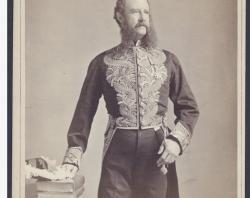 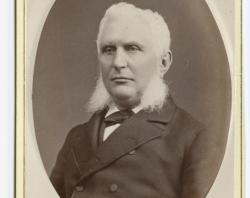 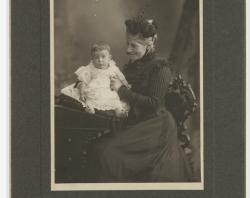 Where did Mary go?

Arriving in Port Melbourne it is known that Mary Hay embarked on a steamer and made the two-month journey by sea to London. From there she travelled to Dunfermline in Scotland – her father’s birthplace. In fact, Alexander Hay with Mary, her brother, sisters and mother, had returned to Scotland to live for several years in the 1860s, so Mary was quite familiar with the place.

The 1881 British Census lists her living with her aunt in Dunfermline. In 1882 Mary married a young doctor named William Bower. Two children were born before Mary died a few years later, in 1891.

Page 21 of the Civil Parish of Dunfermline, British Census records.

Page 22 of the Civil Parish of Dunfermline, British Census records.

Page 128 of the Registrar General for Scotland, British Census records. 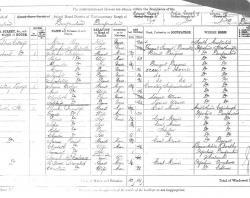 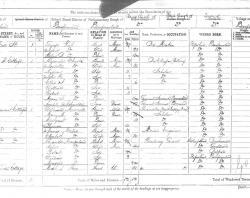 Little of this would ever have come to light if not for the unknown person who snipped and annotated the newspaper advertisements and placed them carefully inside the book written about Mary’s father and if the book itself had not found its way into the collections of the State Library of South Australia.